First off, I’d like to warn the reader: this text is solely for those who’ve already seen the film and who use video – as I sometimes do – to re-see certain works. Those who haven’t seen it are advised to be cautious about reading me, because it could spoil their pleasure.

Anyhow, I’m not here to provide an introduction to the film. I simply want to speak of a certain ‘bag of tricks’, like a cooking recipe. Renoir himself, in his writings, always evoked cinema or painting in terms of know-how (his own, his father’s, his actors’ … ), rarely in theoretical terms. I have to be honest about the fact that this film is also important for me because I was part of it, as an assistant. I watched Renoir at work – so it was the best internship you could possibly imagine. For this filmmaker never knew what he was going to do when he arrived on set. He was the first, privileged spectator of the actors …

I hadn’t re-seen this film in a long time. I rediscovered it last year (1992) on the occasion of the Toulouse-Lautrec exhibition. I was so knocked out I returned a second time. Afterwards, I wanted to look at it closely on video, so as to grasp the reasons for the emotion I felt, to figure out exactly how it had been done. Because it’s really magical …

I wish to speak about a sequence of French Cancan (1955) that, I insist, is difficult to really see on video, because it’s so cinematic … A concentrated, explosive moment that offers proof of Renoir’s immense talent. It’s almost the end of the film. The singer Esther (Anna Amendola dubbed by Cora Vaucaire, one of the last surviving “realist” singers) is about to make her appearance performing ‘The Hill’s Lament’, composed by Van Parys for the film with lyrics by Renoir. At this point of the story, Henri (Jean Gabin) is in an established relationship with Nini (Françoise Arnoul), while also nurturing the career of Esther. We know that Esther is about to make her entrance into the Moulin Rouge show, in her debut performance … not on the stage but in the room, in the midst of the audience.

The scene takes place after a moment of gaiety, after the stage introduction by Casimir le Serpentin (Philippe Clay). Then, suddenly, there’s a change in the sound atmosphere, which has been hitherto comprised of applause. We go to a wide shot. The doors leading out to the garden open, and the singer appears. A blast of fresh air enters with the music. All Renoir is already there.

Then something else arises, something different, inexplicable, inexpressible. Esther starts to sing. We note, especially, the presence of Gaston Modot (uncredited, as Henri’s valet) in the room … The verse ends and the chorus begins, featuring a sort of barrel organ refrain. The music maintains the emotion, but this emotion is not only musical. We find Henri and Nini – who has caught on that, for a while now, her star has been fading, and so she is prone to jealousy. She is the one we must see first; she crosses the stage, and a pan shot moving left takes her to a spot behind the curtain. She parts it slightly, in order to observe the crowd. She will soon dance in the following number. She walks slowly, visibly disappointed. Meanwhile, Henri too has always taken up a position on the stage, in a background we see only after Nini has finished her stroll. Renoir has used two stagehands, carrying a piece of the set, to hide him (he can be glimpsed for only a fraction of a second). Each character is alone. So Nini gazes upon her rival, gleaning that Henri’s feelings of love for Esther are growing. The camera returns to Nini, who now seems sadder.

At this point, we go back to the room. Esther executes a move, thus uncovering the characters we noticed behind her before. And, at a precise moment, we clearly observe two characters in the frame: Esther and the extremely strong presence of Modot. He’s quite tall, very stiff, with thinning, white hair: it’s the portrait of a good-looking older man. He looks upon this woman as if she were Woman, a model for Auguste Renoir. A mysterious current is therefore created between him and her. To my mind, it is impossible that Renoir captured this by chance, involuntarily. That’s the magic of cinema: Renoir became captivated, within this shot, by the deep, internal feeling of Modot in relation to this woman. That’s what he hooked onto. The passing time of age, compared to this woman’s Eternity: it’s devastating. On one side, the Renoir who deals with emotion (jealousy and love); on the other, Renoir the pantheist. These are the kinds of moments, at once very simple and very complex, that give you the desire to make cinema. 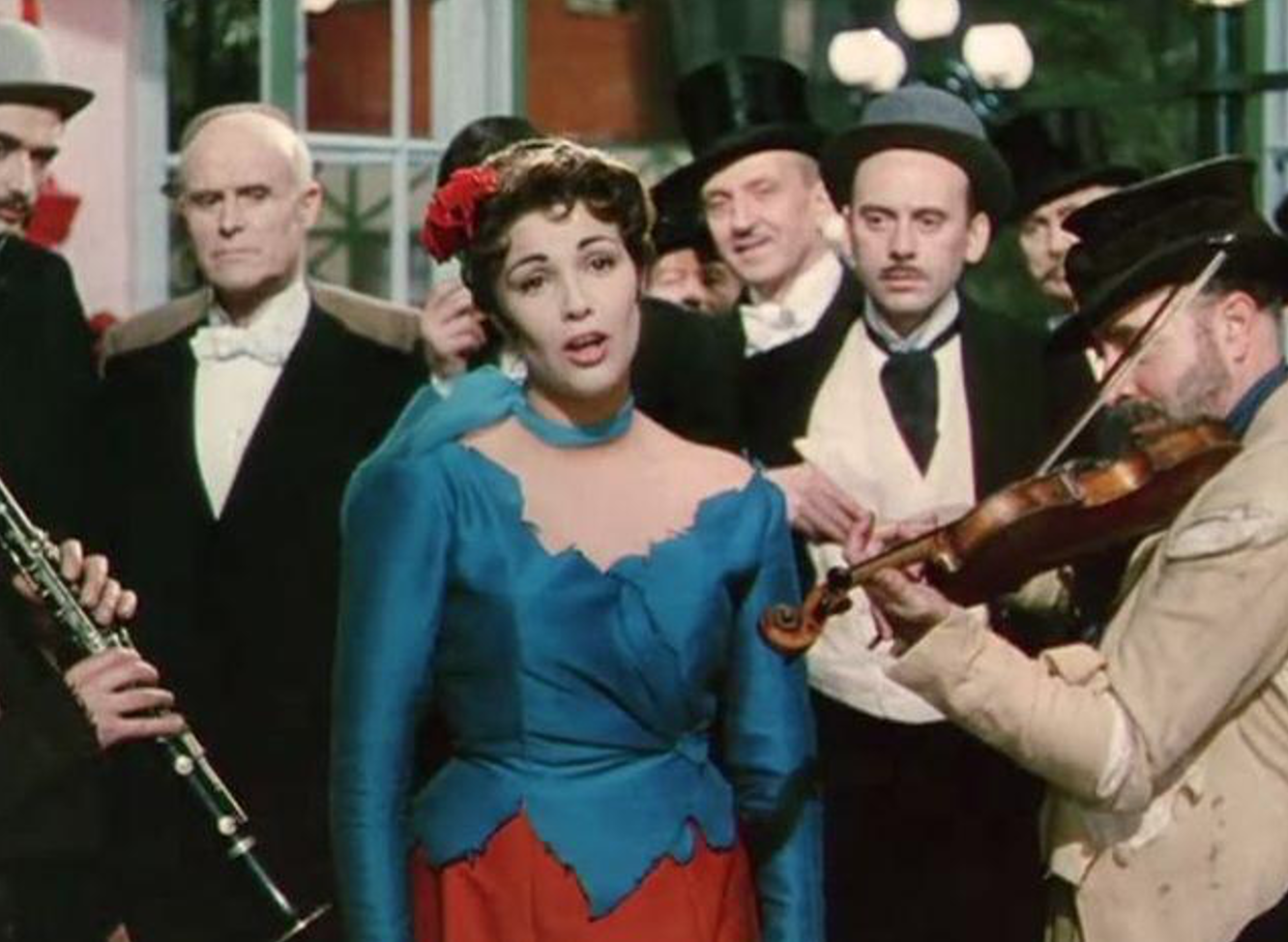 Jacques Rozier (born 1926), a key and highly influential figure in French cinema, is the director of celebrated shorts and features including Blue Jeans (1958), Du côté d'Orouët (1971) and Maine-Océan (1986).View all posts by Jacques Rozier →
© Screening the Past publications