The Proposition: Notes on Style 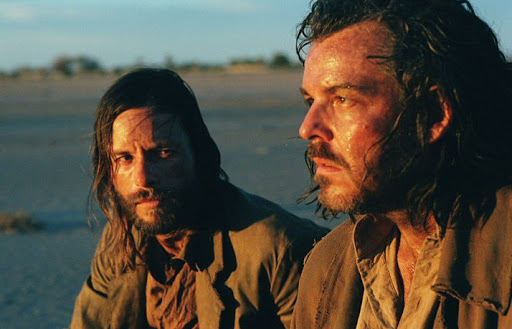 This text was written by John Hillcoat before the production of The Proposition (released 2005).

For many years I have wanted to make an Australian Western. In 1994, after an extensive trip encompassing four states, travelling throughout Central Australia with my Production Designer Chris Kennedy, I was convinced by the dynamic power of the rugged landscape and its brutal history that the Australian Western, a drama set within the isolated frontiers in the late 1800’s with the “true grit” of the genre, had yet to be achieved.

Many Australian productions evolved from actual events that covered history in a purely factual way, without effectively conjuring the potential mythic potency of this period.

The American Western genre was until recently considered to be burnt-out, washed up and swept under the rug, trapped in cinematic purgatory. Nick Cave’s narrative in The Proposition contains some time-honoured ingredients of the “Wild West”, and offers up a classic morality tale of outlawed brothers on the edge of a harsh frontier, flamboyant characters fighting against the odds. Like the archetypal laconic Western Hero, many of Cave’s central characters repress their internal pain, unable to verbalise emotions, proposing other solutions to conflict but being drawn inevitably towards violence.

The legendary power of the genre could be reinvented, but in a specifically Australian context. In the necessity to reinvent genre, established myths are demolished, only to reform new ones. History and genre have always needed a new angle in order to be revitalised. The elements of colonial imperialism and its raging class war, the confrontations of the remote settlers with outlawed bushrangers, the ruthless conflict with the indigenous people, the do-or-die instinct – all of these themes can only add to the originality of the piece. The Proposition utilises the enormous potential of the unique Australian landscape and history while formulating characters and relationships that could dynamically engage any audience. The characters are not just good or bad people, they are full of ambiguities and conflicting qualities, just like real people (even the monstrous Arthur, a horrifying Kurtz-like figure, has flashes of deep loyalty, humour and warmth). At the same time, there are mythic undertones to the story as it draws on, and works with, the traditions of the genre.

There was a clear brutality in all struggles to “civilise” the new frontiers of the 19th century. The grubby ruthlessness highlighted in many of Sam Peckinpah and Sergio Leone’s characters made their Westerns more believable, more visceral and engaging as they were potent revisions of a sanitised past. This raw ferocity from the era helps create a “heightened realism”, intensifying reality by highlighting all those messy truths that are glossed over and sentimentalised – the appalling evidence of our base human nature right down to the unshaven, sweaty, fly-ridden surface details. The Australian frontier, as depicted in The Proposition, is even more extreme and dangerous than that of the American Wild West. The land was even more inhospitable and the outlawed bushrangers even more dangerous and desperate; after all, there was no Mexico to flee to and not a single bushranger avoided capture or premature death. The British regime was all encompassing as represented by Stanley [Ray Winstone] and in particular Eden Fletcher [David Wenham], utterly ruthless when dealing with the Aboriginal people.

Photographs of the time and place show us the Victorians’ stubborn refusal to yield up to the truth. They transported their Empire, their England, to the most unrelenting unsuitable terrains: the homesteads with their neat patch of green lawn and picket fence, surrounded by the vast, barren desert that continually threatens to encroach. The harshness of their new environments was literally etched upon their faces, their bodies. It is this kind of detail that will be brought to life within our characters.

There will be a conscientious and penetrative approach to violence within The Proposition. It runs thematically through the narrative, the central characters, and the very nature of frontier life. The majority of specific incidents take place off-screen and often focus upon the aftermath, the actual consequences of violent actions. The few incidents that do take place on screen will be unglamorous and, like in real life, abrupt, messy and quick.

The nature of the characters and the material within the film calls for a bold, sparse style. Specific stylistic devices will help create an invigorated realism. I believe that part of the magic of great period films comes about when one’s expectations are challenged by special attention paid to certain historical details. These crucial principles ground in reality the broader artistic license of the narrative, making it all the more immediate and credible. They help transport the audience into another time and place.

For example, in period films guns always seem to go off with a weak, dull flabby “pop”, with very little recoil. In reality, when those black powder guns were fired they give an intensely violent “crack”, very powerful, much more so than modern firearms. The much stronger recoil made the barrel kick a foot into the air and the rifleman almost take a step backwards as the bullet leaves the muzzle. After a battle, the right arm of the rifleman was actually black and blue from shoulder to elbow.

It is by concentrating and distilling details in behaviour, production design, lighting and sound that the whole piece will come to life. Through meticulous research, we will create the illusion of ultra reality, which will add credence to the other deliberately stylised elements – the creation of our own dramatic world. Our bushrangers will not resemble the typical bushy-bearded, floppy-hatted image so often portrayed, but will rather have more stylish outfits from the times: well worn striped pants, vest with streamlined jacket and firm angular hat with unshaven face and/or side burns or moustache keeping the face visible to give a full range of expressions.

The key to the style of the film will lie in the dynamic use of contrasts. This will be fully utilised throughout the movie. It is already thematically in place within the script with the tensions between the brothers, between love and hate; the underlying class war between the poor Irish outlaws and the wealthy English ruling class; between “Civilisation” and the Wild; between dark, claustrophobic interiors and vast barren exteriors. These oppositions will be carried right through within the visual style.

Real locations will be carefully designed with a polar contrast between the darkened interiors – Arthur’s cave and the oppressive Victorian interiors cluttered with ornate furniture, china, pictures, patterned wallpaper, and rugs – and the blinding epic exteriors under a limitless sky. Face-scapes will be juxtaposed with landscapes, close-ups with panoramic wides.

The cinematography will utilise natural light as far as possible. Fire, candles or kerosene lamps will light the night. The subdued darkened interiors in the day will have windows blown out with intense white sunlight. The burnt-out white light will add to the heat, as will the constant sheen of sweat that will cover the actors’ flesh. The buzzing flies and the sound of arid hot wind will also intensify the harsh and impenetrable land, building up the atmospheric pressure as the thematic tension between our key characters threatens to explode. The pace will juxtapose frenetic bursts of action, sudden eruptions of violence, with abrupt stillness: opening within the middle of a raging gun battle inside the Chinese prostitute shack, and then cutting to the aftermath, still and silent as Stanley and Charlie [Guy Pearce] examine each other.

The movie will be shot [by DOP Benoît Delhomme] in widescreen super-35mm for a full epic sweep. The camera will concentrate the action, often simple and distilled like the stoic photographs of the time. There will also be a starkness to the landscape, its natural grandeur only ever seen from horse height or mountain peaks, deliberately avoiding helicopter shots or other such contemporary devices. This intensification of reality will add to the vivid sensation of being firmly within the portrayed era and bring a real weight to the drama.

At key moments we will see the world subjectively as the characters themselves view it, creating a further dramatic tension. In the climax within Stanley’s homestead, we will be drawn increasingly to Charlie by cutting from a dispassionate view of the harrowing action into Charlie’s point-of-view. The horror of the situation forces him to make his grim moral choice.

There will also be an important counterpoint between our stylised version of reality and a more Romantic lyrical quality. Again as a deliberate contrast, this lyricism will add a sombre beauty and a more epic scope to the overall picture, giving the sense of a mournful elegy, of things coming to an end (the fate of the Burn brothers gang, the brothers themselves, and the frontier life of Stanley and Martha [Emily Watson]); in the loss of the pioneer age, a time forever past; and implicitly, in the systematic elimination of the indigenous peoples to which the film bears witness.

There will be a sense of the inevitability of change with the advent of unstoppable progress. The opening photographic montage begins with a wider picture of the times – the railway under construction – which gradually pares down into the specific world of our story (reconstructed photographs of our characters in context – Stanley and Martha at Eliza Hopkins’ funeral). There is an underlying cyclical structure to the drama, beginning with an event which we do not see and building to its inevitable repetition at the end, which will be echoed visually in the many scripted sunsets, dramatic apocalyptic visions (blood-red explosive sunsets underlining the cycles of violence theme): the annihilation of one day in order to create another.

This lyrical quality will be underscored by repeated references to the mythic dog/man status of Arthur [Danny Huston]; by creating room for the cast to be still, to breathe; through carefully designed sound, finely tuned rhythmic and spatial sensibilities where natural sounds act like music and the space of the picture is opened right up, enormous and wide; through the elegiac score specifically written and recorded for the film by Nick Cave and Warren Ellis. The landscape will at times be full of innate awe and mystery – surreal and as though belonging to another world, as opposed to another country. A large orange full moon rises over the horizon, silent, still and breathtaking. A flock of pink cockatoos bursts from a ghost gum. A vast expanse of stars, several shooting stars burn and die out across the multitude.

John Hillcoat is an Australian film director, screenwriter and music video director. He is the director of Ghosts of the Civil Dead (1988), The Proposition (2005), The Road (2009) and Lawless (2012).View all posts by John Hillcoat →
© Screening the Past publications