Screening the Past > The Bitter Essence of Blake Edwards

The Bitter Essence of Blake Edwards

This article was first published in the Village Voice, 5 May 1987. It is published here with the kind permission of the author. 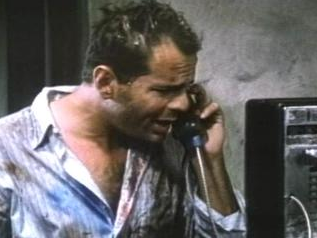 Let’s talk bottom line for a sec. With Blind Date Blake Edwards has bounced back at the box office from almost certain oblivion after his distinctive brand of cerebral slapstick bombed out in A Fine Mess. Indeed, A Fine Mess was the kind of flop people could hate without having to see it. Edwards himself has virtually disavowed this failed farce, pleading ill health and studio interference. Most of the critics sneered at Edwards’ intended hommage to Laurel and Hardy’s The Music Box (1932). “Sacrilege!”, they cried, almost in unison.

Be that as it may, the same director made both A Fine Mess and Blind Date, and the same director has made 30 films in career that goes back to the early 1940s. Edwards turns 65 this July, and yet he projected a stylistic image much younger than his years. The glossy Henry Mancini sound set Edwards in the ’60s, when everything seemed to come together for him from Breakfast at Tiffany’s through the farcical epiphanies of Peter Sellers. The rationale for Edwards in this period was his supposedly modernist approach to comedy. Looking back in 1968 on what I thought of Edwards in 1963, I was seized by the excitement of writing a new chapter in La Politique des Auteurs:

“Edwards seemed until 1963 to merit only cult recognition. I wrote that at time: ‘As Blake Edwards’s stock has risen, Richard Quine’s has fallen. Where Edwards has a decisive edge is in the conviction he applies to a bright, if artificial style. Despite occasional lapses in taste and increasingly frequent bursts of visual flamboyance. Edwards confirms on a minor scale what Lubitsch established on a major scale, and that is the correlation of buoyancy and conviction. It follows that Edwards operates most effectively with the thinly lacquered dramas of Mister Cory and Breakfast at Tiffany’s and the transparently farcical water-colours of This Happy Feeling, The Perfect Furlough, Operation Petticoat, and High Time. In the more realistic black-and-white worlds of Experiment in Terror and Days of Wine and Roses, the removal of the director’s rose-coloured glasses reveals an unpleasant vision of the plastic forms of urban life.

“Since 1963, Edwards has emerged from the ranks of commissioned directors with such personal works as The Pink Panther, A Shot in the Dark, The Great Race, What Did You Do in the War, Daddy?, and Gunn. His films manage to be funny in spite of repeated violations of the axioms of classical slapstick. (Was it Proust who said that we say ‘in spite of’ when we mean ‘because of’?) One axiom insists that audiences will laugh at a man slipping on a banana peel only if no one is seriously hurt. Unfortunately for the axiom, Blake Edwards is one writer-director who has got some of his biggest laughs out of jokes that are too gruesome for most horror films.”

“Another axiom is that any farcical pratfall must be constructed from a probable premise. Yet A Shot in the Dark lurches from improbability to improbability without losing its comic balance. For example, when Peter Sellers inserts a still-ignited cigarette lighter inside his raincoat, the ensuing slapstick with smoke and flame is unsatisfactory. Part of the élan of using a cigarette lighter derives from the courtly symbolism of controlled virility involved in the extinction of the flame of sex. No matter. Edwards leapfrogs over the lighter gag by opening a door in someone’s face and sending him out of the window, and only the most captious critic has the chance to raise the question of logic. By the same token, the custard-pie sequence in The Great Race transcends the psychology of slapstick to qualify as the last spasm of action painting in the Western world.”

“Edwards is  … a new breed, post-Hitchcock, post-Freud, post-sick joke, with all the sticky sentimentality of electronic music. The world he celebrates is cold, heartless, and inhuman, but the people in it manage to preserve a marginal integrity and individuality. Edwards has become a stylistic influence in the cinema, and his personality and script dominate Ralph Nelson’s Soldier in the Rain the way Lubitsch’s personality once dominated Cukor’s One Hour With You.”

Twenty years later Edwards was still indulging in spasms of action painting in Blind Date, as John Larroquette’s car repeatedly crashes into store windows with colourful results. Two elderly women [who sat] in front of me at the Gramercy Theatre spoke for many of their contemporaries in attendance with the single eternally damning epithet “SILLY!” which can serve as the epitaph for all failed farceurs. And I must confess that I was not laughing uproariously enough to either dispute or ignore the verdict of the two captious ladies in front of me.

But what had induced the crossover audience necessary for a hit then to turn out for Blind Date? Obviously, the television fans of Bruce Willis in Moonlighting and John Larroquette in Night Court provided the bulk of the first run audience. The marginally High Concept of the woman (Kim Basinger) who goes whee-crazee after a few drinks may seem potentially titillating to some, and the concept of a broad, mindless farce is clearly not entirely repellent to escapists of all ages. The reviews were moderately mixed enough that they haven’t served as a complete deterrent.

But then why didn’t Ted Danson and Howie Mandel draw their own television followings to A Fine Mess? The trade rumours and the repeated postponements of the opening created an aura of failure that would have taken an unalloyed masterpiece to dispel, and A Fine Mess was far from an unalloyed masterpiece. Still, Edwards should not be demeaned for exploiting what the semioticians might describe as the intertextual persona of Bruce Willis, and perhaps to a lesser extent that of Larroquette. Actually, Edwards and scenarist Dale Launer have done something strange with Willis and the part he plays. They start out by erasing much of the charming irresponsibility of Addison, the private eye partner of Cybil Shepherd’s Maddie in Moonlighting. In the movie Willis starts out as a workaholic financial analyst who doesn’t even know a girl he can take to a company function. Yet after his comparatively raffish brother (Phil Hartman) has fixed him up with a date, whose only weakness is that she (heh-heh) loses control when she has a few drinks, Willis promptly proceeds to get her soused with disastrous results for his career.

Hence, the buttoned-down sober-sides Walter Davis with whom Willis begins the evening lapses very quickly and very unconvincingly into the madcap Addison on Moonlighting. To his credit, Edwards makes the male a sexually devious accomplice instead of a befuddled victim of the destructively “crazed” woman. Susan Seidelman, in contrast, proceeds in her inexpert fashion to make her targeted males sensitive sweetie-pies swept up in a raucous rampage by her New Women.

Unfortunately, by the time Walter Davis decides that he has wanted to be a guitar player instead of a stockbroker all along, and that he has come to love the screwball who has liberated him, the chemistry of the Willis-Basinger pairing has been almost completely overwhelmed by the physics of ever more intricate slapstick routines timed with pointless virtuosity in an emotional vacuum. In fact, the last part of Blind Date becomes even comically unfocused with the most effective moments consisting of standard sitcom insult humour exchanged by an exasperated father (William Daniels) and his addled son (Larroquette). If anything, Edwards is too au courant with trends in the industry.

Edwards has been criticized in some quarters for not sustaining his Japan-bashing beyond the comparatively short banquet scene in which much of the less inspired mayhem occurs. The ridiculous sexism of the Japanese male in progressive American eyes might have been good for a few more laughs, but largely at the expense of the Basinger character. What has made Edwards enduringly interesting, despite his often excessive energy and too-studied non-reaction shots, is a certain androgynous delicacy in treating the transactions between men and women. As George Morris noted in his persuasively favourable review of A Fine Mess (in The Chicago Reader of August 1986), “The most interesting aspect of A Fine Mess is its consistent deflation of sexual roles. Like Breakfast at Tiffany’s (1961), Gunn (1967), “10” (1979), and Victor/Victoria (1982), this film equates liberation and survival with the ability to assume and celebrate ambisexuality.”

Peter Lehman and William Luhr in their book-length study Blake Edwards (Ohio University Press, 1981), call attention to the omnipresence of a detective raisonneur in Edwardian cinema. Even in the wildest farces there are privileged quite moments in which a provisional raisonneur tries to find a centre that will hold (Brian Dennehy as the philosophical bartender in 10, Carroll O’Connor as the wistful general in What Did You Do in the War, Daddy?, Herbert Lom as the rational victim of Clouseau’s irrationality in the Pink Panther films; but these beacons of enlightenment are shunted off to the edges of a screen irrevocably askew.

Hence, the commercial “comeback” of Blake Edwards [with Blind Date] was unlikely to have swayed either the hardcore anti-Edwardian or the much vaster armies of the indifferent. Rumour had it that Edwards was not the most popular man in Hollywood, partly because he told a few too many tales out of school in S.O.B. He had renounced Hollywood on several occasions, and yet had continued to function on a crazy roller-coaster ride, rising to high grosses and falling to financial, though not artistic, ruin.

Along the way, Edwards provided us with the late Dick Shawn’s brilliant drag routine (in What Did You Do in the War, Daddy?), the funniest I have ever seen in a narrative context; the late Robert Preston’s marvelously civilized gay cabaret artist in Victor/Victoria; and wife Julie Andrews’s gallantly existential womanliness in That’s Life.

Edwards was judged unbankable after The Great Race, after Darling Lili, after Wild Rovers, after The Carey Treatment, and after A Fine Mess. With Blind Date he once again gained time. My own penultimate judgment is that Edwards had never completely succeeded in exorcising all the demons of anger, bitterness, and resentment that surfaced in S.O.B. Hence, his undeniable facility as a filmmaker was coupled with an emotional detachment that causes an increasing skeletonizing of his farce mechanisms. As an Edwardian of long standing, I do not regret my critical commitment, but like so many other phenomena of the ’60s, what I once took to be a new wave of the future has turned out to be a receding wave in the past. But it has been an exhilarating ride on the surfboard all the same. Edwards remains some kind of director.