Screening the Past > Bill Henson and the Devil, Probably

Bill Henson and the Devil, Probably 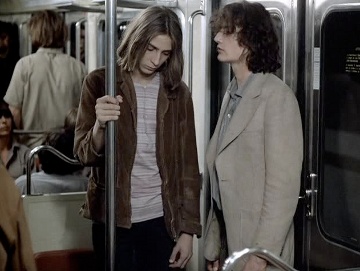 First published in Photofile (Spring 1985) and reprinted in Blair French (ed.), Photo Files: An Australian Photography Reader (Power Publications/Australian Centre for Photography, 1999). It is published here with the kind permission of the author.

There is a close affinity – probably not deliberate – between the photographic work of Bill Henson (particularly the Untitled series shown at Pinacotheca in Melbourne, 1985) and a film made by the French filmmaker Robert Bresson called Le Diable probablement (The Devil, Probably, 1976). In Bresson’s film, a group of utterly beautiful and entirely alienated youths wander through the monuments and stations of an Old World which no longer means anything to them. Drugs, sex, an anarchist gesture or two – these pastimes provide desultory moments of vague pleasure as the characters stumble down the path to their not very spectacular deaths. Exchanges of money – cruel, inhuman, zombiesque, driven by base compulsion – are the last traces of human contact in this despairing world view of Bresson: one guy shoots his best friend (at his request) in the back of the head, then rifles his pockets for money; in another scene – particularly reminiscent of the scenario suggested in the triptych-like arrangements of images in Untitled – these bombed-out beautiful things lie on the floor of an empty cathedral, taking action only to pinch a few pennies from the church collection box. A sense of awe, on their parts, is definitely missing.

In an amusing scene, Bresson seems to parody – to mark the limit – of his own world view and sensibility, which is like Henson’s: nostalgic, classical, Romantically despairing, baulking in terror at the sights and promise of a New World. A group of assorted types on a bus fall into a spontaneous discussion of why the world has come to be as it is, rife with the signs that Bresson has carefully arrayed of death, decay, and irrationality. Is the cause social, moral, economic, or historical? The crusher comes from one soul-weary guy: “It’s the devil, probably.” No alternative explanation is broached by the film, but at least Bresson seems to be suggesting that pointing to the vague, ominous presence of some Malign Evil acting on the world, desecrating its once-splendid spiritual and artistic wonders, is a rather easy and empty interpretation – the last resort of incurably despairing Romantics.

To approach Bill Henson’s work is to grapple with a sensibility rather like this – a sensibility which, in this case, cannot see its own limit, and to which I will not pretend that I am in any way sympathetic. One is meant to tremble, before these works, at the manifest presence of things that are disturbing and distressing in their very vagueness and ethereality: some spiritual sickness, no doubt, some horrible ignorance of and blindness to the eternal greatness of a civilisation defined by the nobility of its art and culture. This is a sensibility centered on a dream of the Old World, of Europe in particular; the sad story it plays out is the familiar one of decadence and putrefaction. Hence, as in Bresson, the emphasis on beautiful youth – an echo of Classicism – blasted, lost, beyond redemption, defined in Untitled through their dirty nakedness, their dark junkie eyes, the indifferent streams of blood and muck … a rather Gothic and universalist representation of the symptoms of very real and material social stresses and strains. 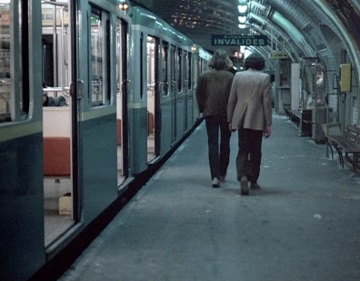 I would not deny that there is a considerable expressive power in the way Henson conveys his particular scenario. Playing, like modernist photographic work has often done, on the suggested narrative and thematic links that arise when images are grouped in particular clusters, Henson continually essays a kind of story, or at least a repeated situation, in Untitled. What we might imagine we are seeing, at certain moments as one walks about and takes in the show, is the precise moment when that vast, indomitable Old World spins out of focus and vanishes – as if vertiginously, uncomprehendingly perceived through those glazed, closing eyes of the young junkies.

Although I assume (from the work) that Henson holds a strong belief in and entertains a powerful nostalgia for Classicism, he at least installs a certain ambiguity in his representation of it: these churches, mansions and palaces are always caught and rendered strangely, obliquely, with a shaky focus and murky definitions (anti-aesthetic traits very carefully and deliberately contrived in this case – and very aesthetic in effect, finally). This visual, textural, textual ambiguity needs to be noted (and valued) precisely because it creates a kind of semantic indecidability, a hesitation on the level of the interpretation of a pat ‘theme’.

Henson’s contribution to the Australian Visions exhibition (Art Gallery of New South Wales, Sydney, 1985) reveals the same mix of banal philosophising and suggestive aesthetic texture. His images of city crowds are engaging and inspire reflection, even as they reek of some silly and pious message concerning the alienation of the masses, lives of quiet desperation, the meaninglessness of the mob, and so on. One ‘reads’ this work all too easily and quickly, and embraces or rejects its sensibility accordingly; yet the power and fineness of its aesthetic can perhaps lead that reading along a meandering path or two. What is this ‘mass’ of people that is pictured? Of what is it comprised? What is its eventful reality beyond its simplistic fixity as a sociological or philosophical construct? It is, visually and thus metaphorically, a pleasingly unstable mass, full of strangeness and potential, caught in the ever different split-seconds of its arrangements of tension, of lines of force, of gazes and movements that look out, look in, cut across the pictorial space, of bodies about to fall this way or that, and not in any uniform synchronisation. Henson’s sensibility here flattens the real, but his way of apprehending and presenting his subject matter opens a momentary access to the potential richness of this real.

In Untitled, the ambiguity of the representation and the richness of visual texture forestalls, for a few seconds, a recognition of the crushingly simplistic world-view which is at work – simplistic in its brutal thematic contrasts of ugliness and beauty, present and past, monumental stone and withering flesh – a world-view which comes down to a pure blackness of despair (those panels where the trace of an image has disappeared entirely), a surrendering to a death-drive which is felt by the artist to be universal.

The problem here is that if you, as a spectator, do not feel or believe that such a death-drive is universal, but quite specific to certain socially circumscribed sensibilities (like Henson’s and the caste he stands for and speaks for), then there is not really much you can do with these images – other than reject them out of hand, despite all their technical and aesthetic qualities, and their momentary ambiguities.

Henson, through his work, seems to be one of those artists who demands an All or Nothing response from those who view it. As such he can expect to be variously worshipped, cult-like, as an Important Serious Artist, or dismissed as an irrelevance in these troubled, complex times – and he will just have to cut his losses.